The median age of GWS Giants players this year was 23.3, quite close to West Coast’s median age in their fifth season, 1991. 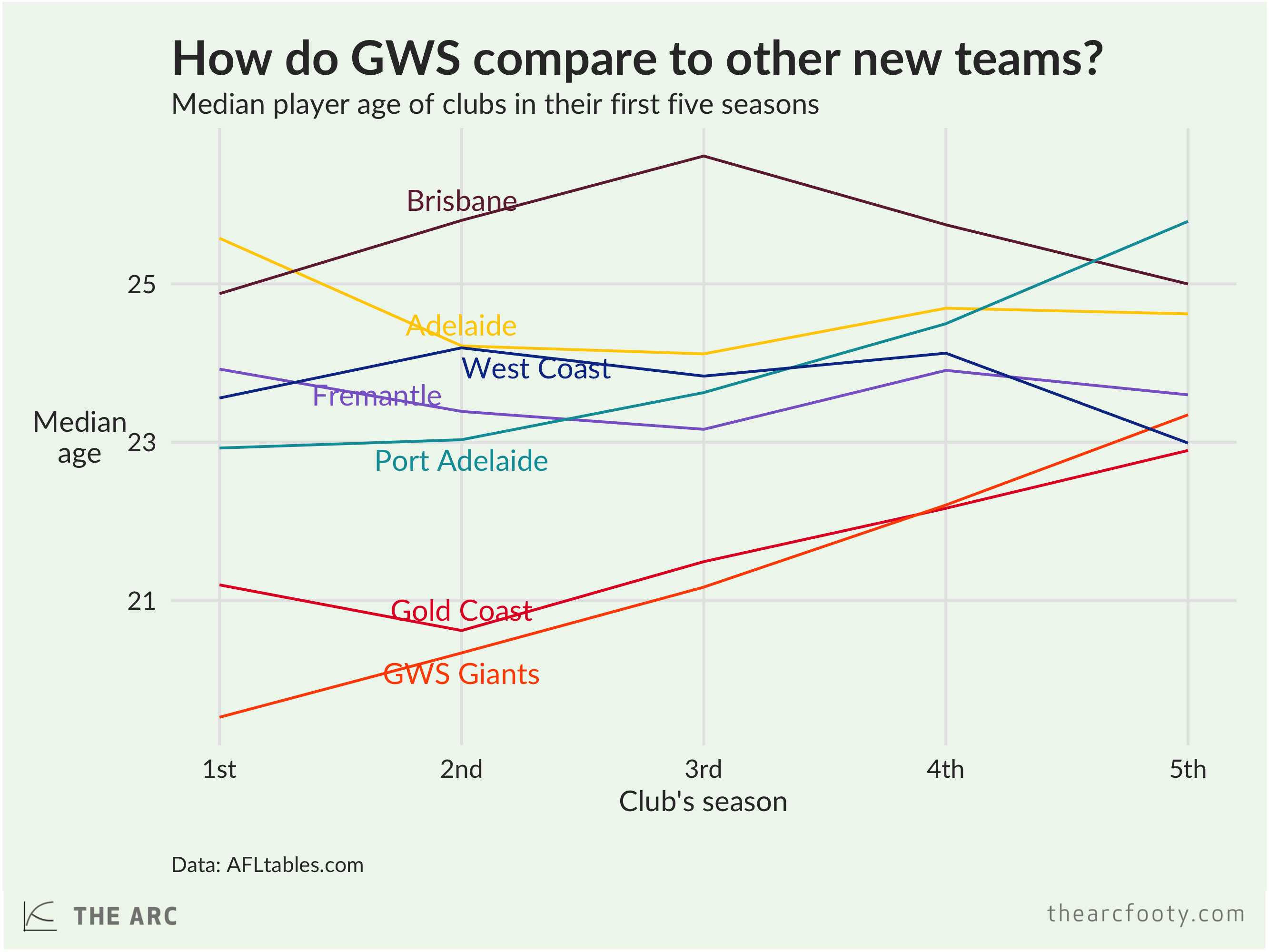 The Eagles, of course, played in three grand finals in the early 90s, winning two of them.