After six rounds, it seems pretty plausible that the teams currently in the top eight will go on to play finals. If it does turn out that the current top teams end up being the ones to play finals, it will be a relatively uncommon situation. The finalists don’t usually all appear together in the top eight until later on in the season. 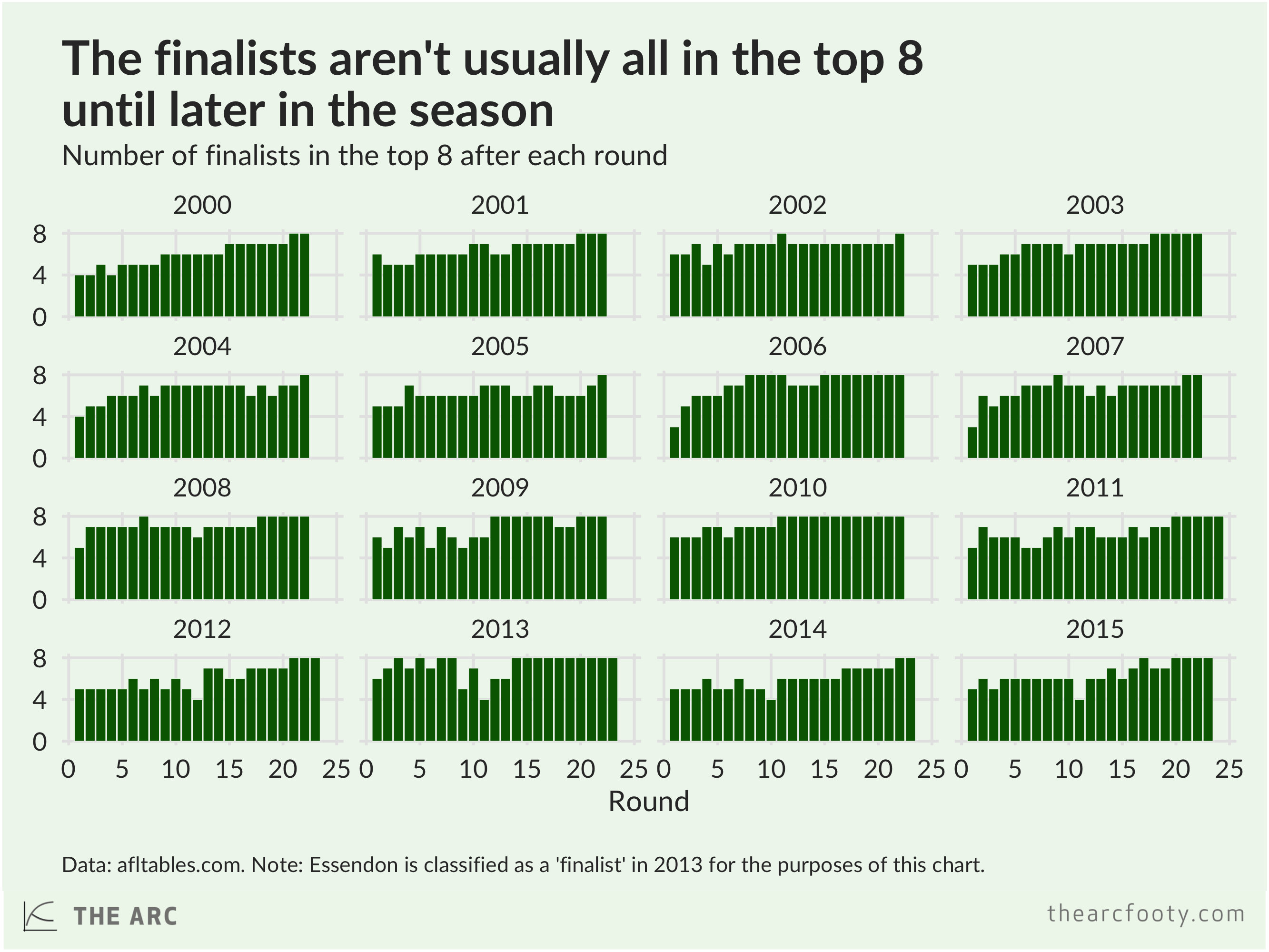 At this point of the season, with six games played, it’s typical for around six of the teams that go on to play finals to be in the top eight. 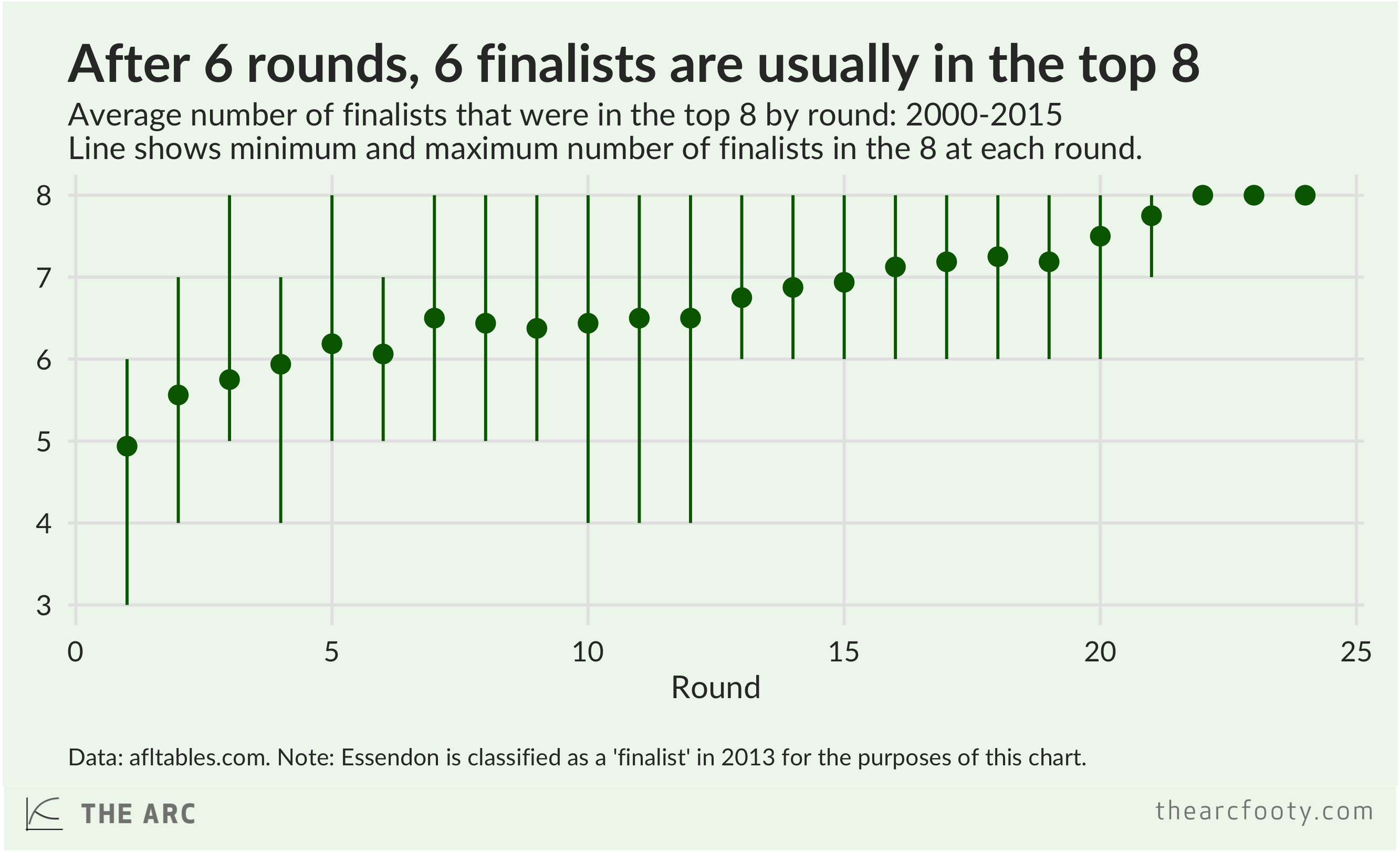 Note: This post was inspired by a table made by Ryan Buckland and by a series of charts on the FT’s Baseline blog.